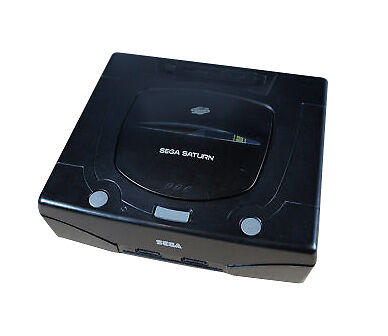 Relive retro gaming today thanks to the Sega Saturn console

Retrogaming is hugely popular. The term refers to deliberately playing games from a bygone era of video gaming on consoles that are basically no longer made today. The reasons to opt for retro gaming are diverse. Many young adults grew up using the consoles from the 1980s and 1990s and enjoy reliving childhood and youth games again. Other avid players take an interest in the gameplay or engineering of the games of yesteryear, and head back in time with retro gaming. One console that keeps thrilling in the field of retro gaming is Segas Saturn.

What game console is the Sega Saturn?

The Sega Saturn is a stationary game console of the 5. Generation. Already released in Japan in late 1994, Saturn came to Europe in July 1995, convincing the gamer base. As the main processor, two 32-bit SH-2s had a negative impact on the development process, despite their extremely high performance at the time, as few developers were able to take advantage of the two processors and program them cleanly at the time. The games were shipped and launched on the storage media CD-ROM and modules, the most successful game being Virtua Fighter 2. Conceptually, Saturn was primarily designed as a console for 2D games, meaning platformers and role-playing games that both still enjoy great cult status today-especially in Japan, the consoles motherland.

Where can the Sega Saturn still be purchased today?

As with all retro consoles, it is also the number 1 contact point for Saturn eBay. Here, in addition to the console, you will also find a wide selection of video game accessories for which Saturn was known and famous back in the 1990s. Also, finding and purchasing the right PC games and video games for all consoles or retro needs is easy on eBay.

eBay has provided more information about this product above and is not affiliated with or endorsed by SEGA. 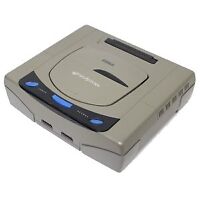