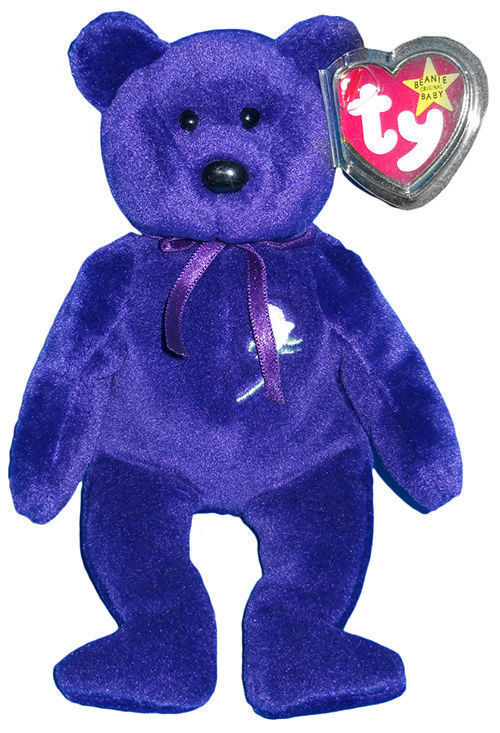 Ty introduced a purple Beanie Baby as a tribute to Diana, Princess of Wales, on Oct. 27, 1997. In the second week of December 1997, retailers who received the first shipment were limited to only 12 of the bears, leading vendors and collectors to think it was a limited edition and causing a holiday buying frenzy.

Was there a limited edition of the Beanie Baby at any time?

When the company introduced the charity Beanie in 1997, Ty never planned to offer a limited edition. They wanted the toy in stores by Christmas, but they needed approval from the managers of the memorial fund before they could start production. This was the only reason that each retailer was given only a dozen bears in December of that year. All of these Beanies had PVC tush tags, and all were made in China.

What was the early time line of the Beanie Baby?

From the end of December 1997 to the early part of 1998, the Beanie made its debut in Europe and Canada. All of these Beanies were made with PVC in Indonesia, but production there ended shortly afterward. Also, after talks with Greenpeace in January 1998, the company stopped using PVC pellets and began using PE pellets instead.

Were there counterfeits of the original bear?

Counterfeits were sold on the market as authentic. Clues to the fake bears include a lighter shade of green on the stem of the rose and slight differences on the tags. The purple fabric was more like flannel than plush on the fake, and it feels rougher. The ribbon on the counterfeit bear is shiny only on one side, while the original is shiny on both sides.

Did one of the Beanies have a charity emblem on the tag?

Although funds from the sale of the toy went to the Diana, Princess of Wales Memorial Fund, none of the Beanie Babies had an emblem from the charity on the tag. The only bear with the emblem was the Beanie Buddy, a licensed product in a larger size.

What does "space" or "no-space" mean?

Collectors refer to swing tags on the Beanie as "space" or "no-space" when referring to the final four lines of print on the right inside of the swing tag. The tag without space was used on bears made in China during the first period of production as well as on some of the first bears made in Indonesia. All first edition Princess beanies have a "no-space" swing tag, regardless of whether they were made in Indonesia or China.

Content provided for informational purposes only. eBay is not affiliated with or endorsed by the estate of Princess Diana or Ty.