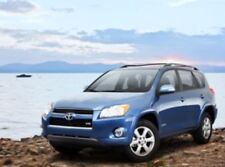 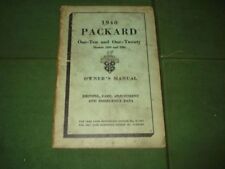 Known as one of the "Three P's," the others being Peerless and Pierce Arrow, many saw Packard as representing the height of American automotive luxury between the wars. With hand-crafted bodies from coach builders like Bohman & Schwartz at the top of the range, for many Americans Packard represented nothing less than wealth on wheels. Dissatisfied with the Winton he had bought, and even less pleased with the response to his complaints, James Ward Packard founded his own car company to beat Winton at his own game of luxury automobiles. Originally known as the Ohio Automobile Company, it built its first cars in 1899, and took the Packard name in 1902.

How did Packard build its reputation?

Originally building six-cylinder cars, Packard jumped ahead in the luxury market in 1915 with the introduction of the "Twin Six," one of the earliest twelve-cylinder cars. This remained its flagship engine until 1923, when the straight-eight design wholly superseded it. Packard favored the straight eight over the v8 design because the longer crankshaft enabled smoother power delivery in keeping with its luxury reputation. A second twelve-cylinder engine, this one the "Packard Twelve," kept Packard in the luxury game throughout the 1930's and into the 1940's. Combining these powerful but smooth engines with hand-crafted coach works from the best body manufacturers of the day, Packard was able to provide an experience that none of its competitors could match.

What happened to Packard?

In many ways, Packard was a victim of its own success. Empowered by the popularity of the brand, new management started introducing entry-level Packards so that more people could enjoy the privilege of owning a Packard. Starting with the medium priced 120, named for its 120-inch wheelbase, and following with the six-cylinder 115C; Packard kept expanding further downward into the market. After the war, which the company spent building aircraft engines, Packard returned to the automotive field with fresh monetary reserves. Unfortunately, the company continued to dilute its exclusivity with low and mid-priced cars rather than returning to the twelve-cylinder models that had built its reputation. After the merger with the struggling Studebaker in 1954 the company's fate was sealed, and even the badge was gone by 1958.

How do you recognize a classic Packard?