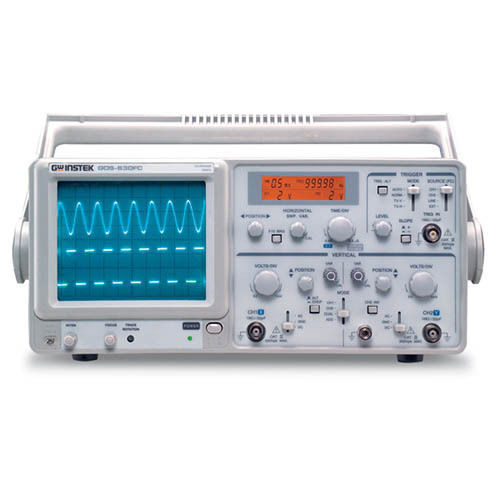 Measure and Chart Your Projects With Oscilloscopes and Vectorscopes

Which companies make oscilloscopes and vectorscopes?

There are many companies that make both analog and digital measuring scopes. Some companies you can find on eBay include the following:

What are oscilloscopes and vectorscopes used for?

One of the most common uses for these types of scopes is to troubleshoot or probe malfunctioning electronic equipment. Since it can graphically show signals, Hertz, and Megahertz, an oscilloscope can show if a circuit is oscillating or not. In other instances, the exact timing or shape of a pulse may be important, and this can be seen in the waveform by these tools. Vectorscopes are mostly used in audio and video applications. In video applications, they probe measurements and test television signals. They look exclusively at the subcarriers in the video signals (certain MHz). In audio applications, they measure the differences among various stereo signals.

How does an oscilloscope work?

An oscilloscope is a test instrument, made in both analog and digital versions, which allows you to look at voltage signals as they change. Signals are charted on a 2D plot, using one or more channels as a function of time. They can typically probe and measure bandwidths and signals as low as 1Hz and up to 10MHz. The instrument can turn sound or vibration into voltages (MHz) that can then be charted in a waveform design. Oscilloscopes observe the changes that electrical indicators make over phases, charting them into shapes that show voltages in Hertz, Megahertz, and time periods. These charts are constantly graphed against a pre-calibrated scale. The charts can be checked for factors such as rise-time, frequency, amplitude, distortion, and periodic intervals. Some common waveform parameters that an oscilloscope will display on its digital screen are:

How does a vectorscope work?

A vectorscope is a specific type of oscilloscope, usually a digital design, which has specific audio and video applications. Instead of using a probe for plotting signals versus time, the vectorscope displays a plot of two signals. This type of waveform can give insight into the relationship between channels, such as two separate times, voltages, or bandwidths (Mhz). This instrument operates much like the more generalized oscilloscope, but some specific vectorscopes may have more specialized functions such as accepting standard television or video channels as input.