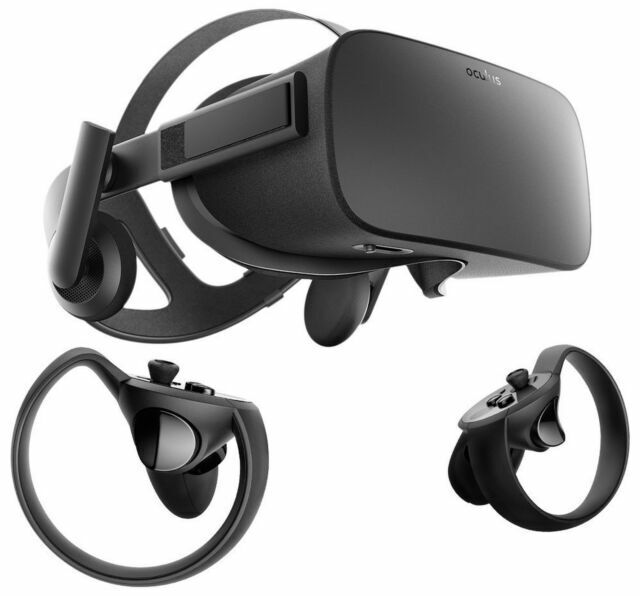 With an Oculus Rift headset, you can enter a whole new reality. The Oculus Rift makes it easy to experience room-scale VR for games, media viewing, art creation, and more.

What are the differences between the Rift CV1 and S?

The original Oculus Rift, which is officially titled the Oculus Rift CV1, was produced in 2012. The Rift S is the upgraded version launched in 2019. Both have important basics like a built-in microphone and touch controllers. The main difference is that the Rift S uses built-in sensors in the headset instead of requiring you to set up sensors around the room. The Rift S also has directional speakers built into the headset instead of over-ear headphones. The Rift S resolution is 1280 x 1440 instead of the 1200 X 1080 resolution of the Rift CV1. Due to these upgrades, the Rift S is slightly pricier. Oculus also dropped the Rift S refresh rate to 80 Hz, unlike the Rift's 90 Hz refresh rate, so the Rift S can run on older computers.

Can your computer run the Rift CV1?

One of the most important things to learn before purchasing the Oculus Rift CV1 is whether or not your computer can handle running the device. Without a computer to run it, you cannot use the headset for VR. To ensure your computer can smoothly run games and other programs, you need to check your hardware and software.

Many of the specs for the Rift CV1 are higher than for the Rift S. Also, because certain experiences may require specs exceeding these minimums, be sure to check the manufacturer site for details.

The Rift CV1 requires one USB 3.0 port, two USB 2.0 ports, and one HDMI port to connect the headset and all three sensors. If your computer does not have these connections built-in, you may need to purchase adaptors or extra HDMI and USB connections to plug in all the equipment.

Do Rift S controllers work with the Rift CV1?

Content provided for informational purposes only. eBay is not affiliated with or endorsed by Oculus VR.

Average Ratings of all 4.560 average ratings