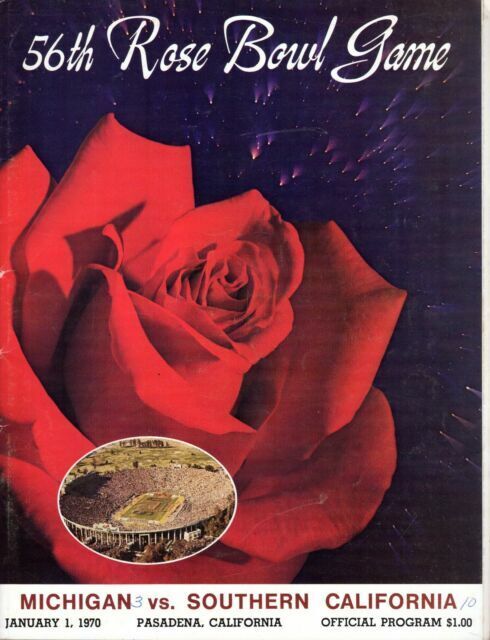 The Michigan Wolverines are a longtime program in collegiate sports history. The University of Michigans football team has won national championships with players whove taken home Heisman Trophies. You can find vintage Michigan Wolverines NCAA programs to add to your collection of college or sports memorabilia.

What sports are featured in the universitys vintage programs?

Football is one of the larger athletic institutions at the University of Michigan. Michigans was one of the first football programs in America, dating back to the late 1800s. The Wolverines are credited with bringing football to students at Notre Dame, and they continue a long rivalry with Ohio State. You can find programs that date from the heyday of longtime Michigan Coach Bo Schembechler; he led the Wolverine football program to 17 bowl games over a 21-year period. There are also vintage items available from the time of more contemporary coaches, like Coach Jim Harbaugh.

However, football isnt the only sport featured in vintage programs. Mens basketball has also had its share of history for the Wolverines. The Fab Five was a basketball team in the 1990s. The basketball program has won a national championship, multiple conference crowns, and even has a three-time national All-American in its past: Cazzie Russell from the mid-1960s who was there when Michigan won three consecutive Big 10 championships in the NCAA. As many as 26 Michigan basketball players have been drafted in the first round by the NBA.

How far back do the vintage programs go?

The NCAA programs available can date back as far as the beginning of the 20th century. Rare college football programs have been found from 1907, 1912, and the like.

Not every item is actually from its described date, however. Reproductions are also up for auction, in which people have copied what the old programs looked like. These can be fun to collect, but theyre not original vintage programs.

What are some Michigan names and games featured?

Fans of Wolverines football and basketball will recognize a number of the coach and player names sprinkled about: Bo Schembechler, Tom Harmon, and Braylon Edwards, for instance. There are so many games that these programs represent. The Rose Bowl also plays a role in University of Michigan NCAA programs. Battles with the likes of Ohio State, Michigan State, Indiana, and Wisconsin are offered in these vintage programs.

The football stadium, The Big House, also finds itself featured; this stadium seats more than 100,000 spectators in Ann Arbor, Michigan. This storied venue graces the pages of many vintage Wolverines programs.

Content provided for informational purposes only. eBay is not affiliated with or endorsed by the University of Michigan.