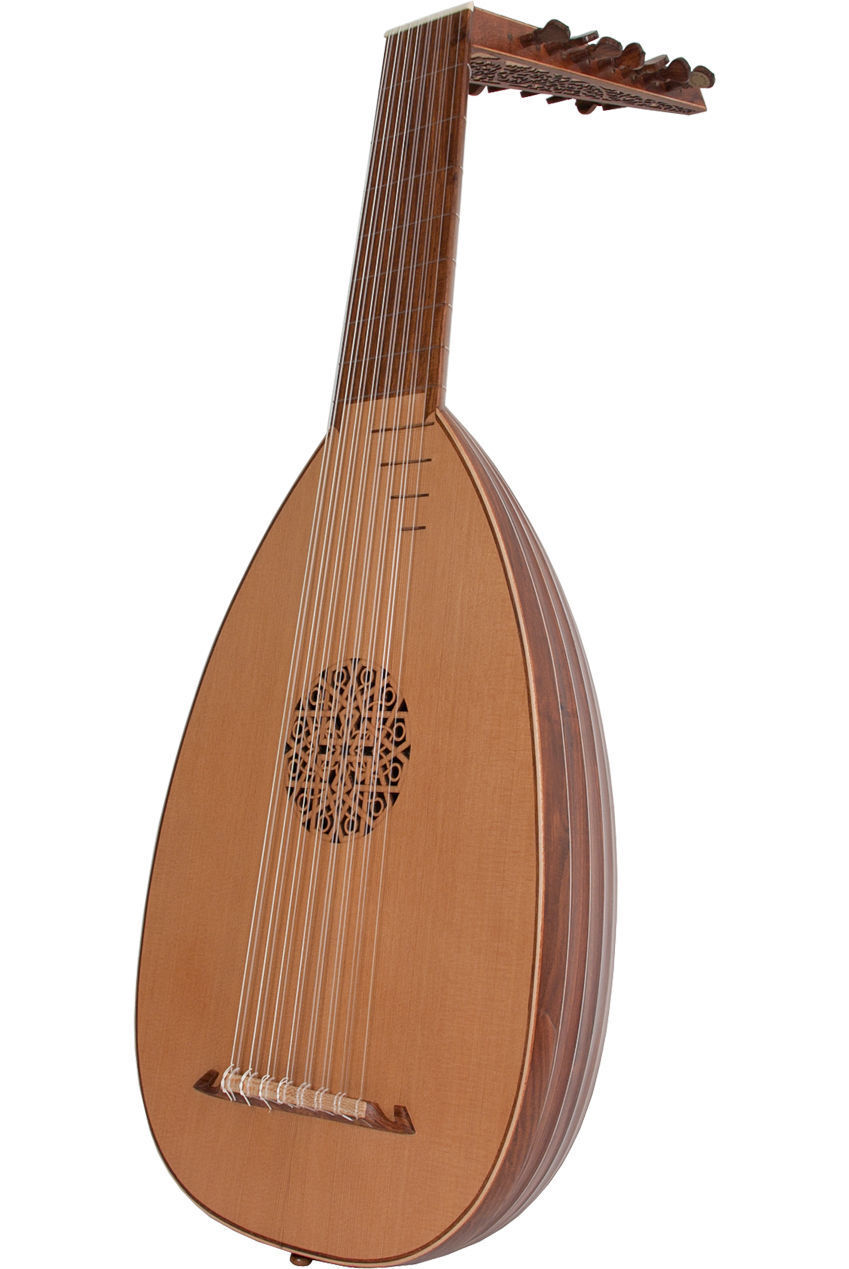 Everything You Need to Know About Lutes

A lute is a plucked instrument that is similar to a guitar. It features a fretted neck and pear-shaped base that is flat on the front and rounded on the back. Like a guitar, the strings extend from the head to the bridge. This is an instrument thats been described in many Shakespearean plays, and you can purchase an affordable one for your home from the large collection on eBay.

The invention of the lute has not been linked to a single innovator. According to historians, the instrument dates back to the ancient Egyptian and Mesopotamian civilizations. It is believed that stringed instruments had been brought to Europe during the period of the Crusades. Over a 500-year timespan, the lute was considered a significant aspect of European music and literature. Having been used throughout Europe for generations, the Western model is derived from the Arabic version, which is known as the oud.

How the lute is created

The soundboard is constructed from spruce. The back is created from multiple-tone woods, including ebony, maple, rosewood, and others. Light wood is used to make the neck. The strings and frets are traditionally made from animal gut. Gut has been used since earlier periods. The strings can also be made using nylon. Nylon versions provide more tuning stability than gut strings. The sound of nylon strings being used to play a tune differs from that of gut ones.

How the length and thickness of the strings affect sound

The qualities of the string change the pitch, which is defined as the highness and lowness of a sound. Pitch will be impacted by the frequency of vibrations produced with the movement of the strings. A high frequency will give off a high-pitched sound, while a low frequency will emit a low-pitched sound. Factors such as length, tension, and thickness can affect the frequency. A longer length produces a lower frequency, and so the pitch will turn out lower. In addition, a string with greater thickness will produce a lower-pitched sound. Thinness allows for greater speed within the stringu001as vibrations.

Who are famous musicians that played the lute?

A number of figures are known for their contributions to music with use of this instrument. To name a few, Francesco Canova da Milano, Bálint Bakfark, Luis de Milán, and Arnolt Schlick are lutenists that were notable throughout Europe in the 15th and 16th centuries. Musicians from the 20th and 21st centuries, such as Julian Bream, Sting, and Ronn McFarlane, are also known for having incorporated the use of the lute into their works.

What are the different types of lutes?

Several types of lutes have been developed around the world and during different periods. The theorbo was created during the Italian Renaissance. Another instrument, called the archlute, appeared by the beginning of the 17th century. Another type is the gittern, which is extremely rare in todays world. The gittern was developed before the Renaissance; however, the instrument almost completely became nonexistent during the 15th century. Other versions of the instrument, European and non-European, are listed here: