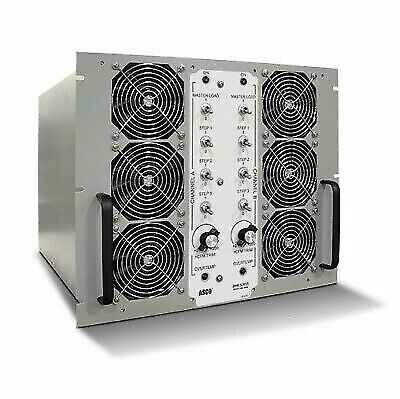 How to Select the Right Load Back for Your Needs

When it comes to determining the demands of your critical electrical system, a load bank can be a very useful tool. Load banks enable users to test their power systems, optimize electrical loads, and reduce system issues by utilizing smaller loads. Regardless of whether youre in the market for a new or used load bank, eBay has a myriad of selections for you to choose from.

A load bank is a device that creates an electrical load and applies it to a source that needs power. Then the load bank reroutes or converts the excess power coming from the output source. Load banks are used to test, quantify, and determine the needs of power systems.

Load bank testing is often used to test the abilities of uninterruptible powers systems, also known as UPS. Its important to test uninterruptible power systems because if they are not able to handle a load or remain powered, everything that depends upon that system could be at risk. Another type of test performed is the generator load bank test. This test is to verify that a generator load bank can withstand varying loads under specified conditions.

Which types of load banks are most commonly bought?

Two of the more commonly bought banks are the Avtron load bank and Cannon load banks. The Avtron bank is a very lightweight bank compared to standard banks and is rated for continuous use. It is well-known for testing UPS systems as well as small AC generators. Cannon banks are another lightweight bank option, but these come in a variety of sizes and power capacities. They also have self-contained cooling systems and safety devices installed on them to ensure proper precautions are taken during use.

How do you select the right load bank?

Selecting the right load bank depends on your needs. Youll want to consider the size of the load bank and whether it will fit in the space youve allotted for it. Youll also want to consider how much capacity your electrical system needs to withstand and if your load bank needs to be able to run continuously or not. Choosing which bank to implement into your system will be critical to make sure that you are getting the power and dependability you need to power all the function you need in the event that you have to use an alternate power source.