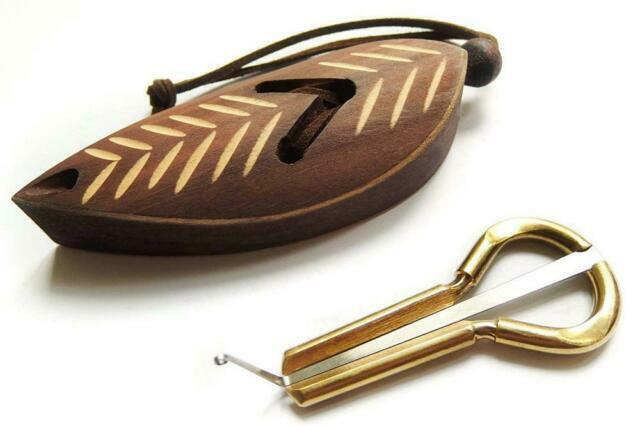 Jaws harps are small twangy instruments held in the mouth and played by plucking at the reed. Their notes are easily recognizable in Bluegrass songs, but they are played in other genres as well. They are fun to play, and make good gifts for people of all ages who have an interest in musical instruments.

What is a jaw harp, and are they new?

Catagorized as a lamellophone instrument shaped like a lyre, it consists of a small frame with a reed or tongue attached to it. The reed is placed in the players mouth and plucked with one finger to produce notes. Different sounds are produced by changing the shape of the mouth while twanging the wire tongue. Most are made from metal such as stainless steel, wrought iron, brass, or bronze. Some of these harps are available constructed from various types of wood, including bamboo. The steel and brass models are the most common.

This instrument has been around for over 400 years and is known around the world. Johann Georg Alberchtsberger was an Austrian composer connected to Beethoven and Mozart, and he wrote concertos for the Jews harp. Theyve been played by Benedictine monks, Native Americans, and by people in Asia, Europe, and Australia.

What else are harps called?

It is known by many other names including mouth harp, Jew Harp, juice harp, Ozark harp, Ozark mouthpiece, trump, mouth harp, and guimbarde. It is possible that the name came from the French "Jeu-trompe", which meant toy trumpet, and is responsible for the references that sound like juice.

Are these harps used in genres other than Bluegrass?

Yes, their sound is present in many other types of music such as country, Blues, and Classical. It is used in traditional folk songs from many countries, and it has even made its way into rock bands. Theses instruments can be heard in many modern compositions as well as in traditional music, including some concertos written expressly for the harp.

Can anyone learn to work these musical instruments?

Yes, with a little hard work and dedication, most people can learn to use one of these harps. Many instructional manuals have been published on the subject for those who wish to learn on their own as opposed to seeking an instructor.