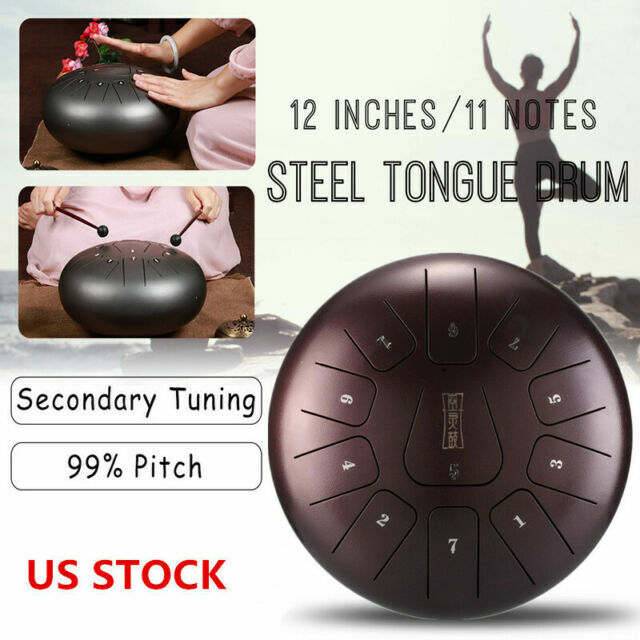 Expand Your Musical Horizons With a Handpan

Steel handpans are skillfully crafted instruments that produce a slightly resonant, ethereal melody in light tones. Lightweight and portable, they are a great instrument for many people. A wide variety of these awesome instruments are listed on eBay, so anyone from a beginner to a professional can shop with ease.

How to choose the right handpan

The choice of a drum is primarily based on who will be playing it. These affordable instruments are generally hand-crafted with great care and play beautifully for many years. For a teen or adult, the drum should be chosen based on the players preferences. They come in many different scales, sizes, and levels of resonance. Knowing the scales that you enjoy hearing is helpful since both minor and major scales are available. Advanced players may desire a drum with more than eight notes. Some people choose inexpensive, industry-manufactured drums when buying for younger children. Finger covers may be useful for young players.

How are the notes arranged on the handpan?

An efficient and clever note layout is part of what makes this instrument so simple to learn. Each handpan is tuned to a particular scale, such as major, natural minor, or harmonic minor. On an eight-note steel handpan, the notes are laid out in a zigzag pattern around the central "ding:"

Are new and used handpans available?

You can expect a skillfully hand-crafted handpan to be expensive because of the high-quality materials, time, and extraordinary care put into its creation. Each one is individually produced and hand-tuned, often to the customers specifications. There are few manufacturers, and these frequently have long waiting lists. eBay is a great solution to this problem. If you know what scale you prefer, you can likely find a great new or used drum here. Keeping an eye open for bargains can save you time and money.

A brief history of the handpan

In 2001, the Swiss company PANart released the first Hang, a type of convex steel drum designed to be played with the hands. The Hang is rather rare and has not been produced since 2014. However, early on other companies decided to produce these fascinating toned pans, and the word "handpan" has been used for this instrument since. This distinctive instrument is distinguished from other types of similar drums by the lack of any cuts in the steel on the top pan.