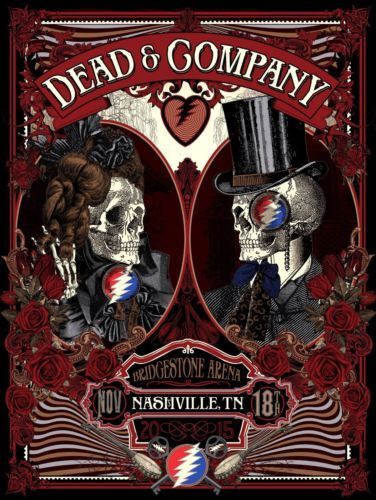 As the Christmas holidays approach, everyone is bound to get busy making wish lists or shopping for goodies to surprise loved ones. Grateful Dead fanatics couldn’t ask for better Christmas gifts than the band’s merchandize, especially posters. From Grateful Dead classic concert to Fare Thee Well posters, you can find it all on eBay. You can display them on your bedroom door and walls, or in your lounge area. With breathtaking colors and intricate detailing, these posters can make for great conversation starters at your Christmas party. Your guests also surely won’t mind if you belt out some of the band’s tunes amidst all the Christmas carols and fun festive songs.

What kind of Grateful Dead posters are available?

Is a Dead and Company poster a Grateful Dead poster?

Officially, the Grateful Dead existed between 1965 and 1995. They ceased upon the death of guitarist Jerry Garcia. The Dead and Company were formed in 2015 and include many of band's original members, such as Bob Weir in addition to guitarist John Mayer. Many of the posters available are from this era, such as the Dead and Company Butterfly poster.

What signed posters are available?

There are many Grateful Dead and Dead and Company posters that have been signed by the artist who created them. This includes the following:

There are many posters available from the Grateful Dead's 2015 Fare Thee Well tour. These posters include:

Content provided for informational purposes only. eBay is not affiliated with or endorsed by Grateful Dead.