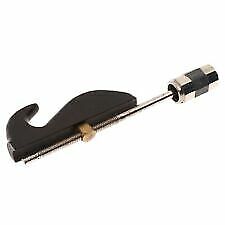 The Erhu is a proto-Mongolic instrument dating back over 4,000 years. In the western world, some people call it a Chinese violin or a Chinese two-stringed fiddle. Many affordable options can be found on eBay.

How tonality is affected

Erhus have high-pitched sounds ranging from D4 to A7. This consists of three and a half octaves. Most music on the instrument stays within two and a half octaves. Because Erhus are common in Chinese traditional music, most people easily understand what it is when they hear it. They just werent aware what the name of the instrument was. Erhus have a distinct sound that can set a wide array of atmospheres, whether sorrowful or joyful.

Tonality in the instrument can be affected by what material its made of. Experts note the excellent quality tone that rosewood can give the instrument. Ebony creates a warm, mellow tone. And aged rosewood has a rich, warm, sweet tone.

What materials is the Chinese violin made of?Compositions for the Erhu

Between 1918 and 1932, Chinese musician Liu Tianhua composed 10 solo pieces and 47 exercises for the Erhu. Examples of his works include:

Other compositions for the Erhu you may want to play are listed here:

What musical genres is the erhu suited for?

The Erhu is used in many different genres besides traditional Chinese music. It serves as a main instrument in Chinese opera and Chinese orchestra. The instrument has also been used in progressive rock and black metal although its not a typical instrument for those genres. ChthoniC is a black metal band that uses the Erhu in their music. Erhus are used in some video game soundtracks, too, such as "World of Warcraft: Mists of Pandaria." Some performers of the instrument you can listen to for further inspiration are Yang Ying, Min Huifen, and Wang Guotong.