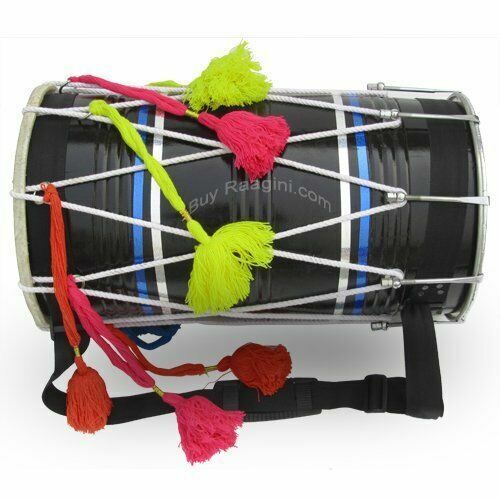 Drum to the Rhythm of Your Own Beat With a Dhol

The dhol refers to a few types of drums originating in India and several surrounding countries. Notable for featuring two heads that can produce different pitches, it is a unique percussion instrument that is available for sale on eBay and has found use in all manner of traditional and contemporary music. Its adaptability, volume, and ease of use make it a favorite instrument among many performers.

How a dhol is played

Professional dhol players are known as dholi or dhuliya, having practiced greatly to perfect their craft. While there are no complex notes to form with your fingers like on a string or wind instrument, playing the dhol is no less challenging especially when combined with the various regional ways of playing the instrument. In general, a dhol is slung over the shoulder using a strap as it is typically played while on ones feet. While it may seem simple to play, there are a few nuances to how the dhol operates. Some aspects of the instrument are described here:

As mentioned previously, there are several regional variations of the dhol with unique sounds or playing styles. For instance, a smaller version of this drum is often played in conjunction with the tabla, a drum that is struck by the hand instead of a stick. There are even dhols that deviate from the standard barrel shape. Finding the right one on eBay will depend on your preferences and the kind of sounds you wish to produce.

Like any drum, the dhol is mainly composed of a large hollow vessel with material stretched taught over the ends that can be struck to produce sound. Dhols are what are considered barrel drums, meaning that they are quite large and generally shaped like a barrel that one would generally use to store things inside. The main body of the dhol is most commonly made from wood for a more authentic sound though more affordable plastic, metal, or other materials are available. In most cases, the hardness of the material can be correlated with the clarity of the sound produced.

Unlike many drums, both ends of the dhol are covered and can be struck to produce sounds of differing pitch. The traditional covering for the dhol is made from animal hide with options for plastic or other synthetic materials. The coverings can be loosened or tightened by either a series of woven ropes decoratively wrapped around the dhol or by tightening or untightening screws keeping them in place. Finally, regional differences in size are also a factor to consider when shopping for dhols on eBay as different countries or areas in the Indian subcontinent may ascribe the name of the dhol to similar but different instruments.