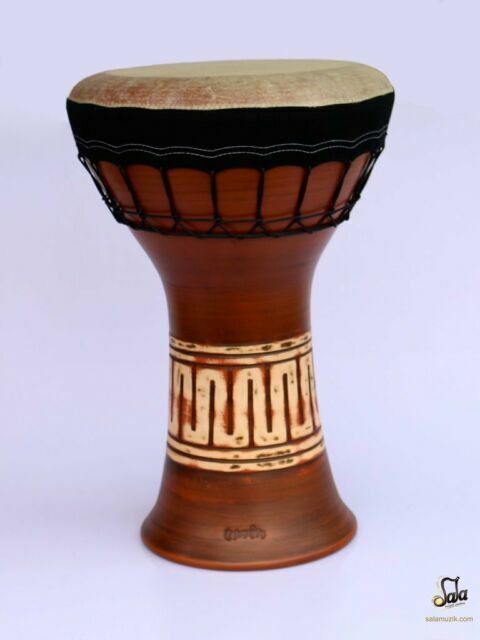 Discover Your Own Rhythm With the Darbuka

Darbukas, also known as Doumbeks, are goblet-shaped drums that originated in the Middle East and are the most prominent percussion instruments in Middle Eastern music. Known for their unique shape and beautiful tones, an affordable Darbuka makes a great addition to your home. Whether you want a professional-quality Doumbek, a sturdy drum for learning, or a stunningly decorative drum, you can find it on eBay.

What are the most common types of Doumbeks?

The two most common styles of Doumbeks are Egyptian and Turkish. The Egyptian Darbuka has rounded edges circling the skin, while the Turkish one has the edges of the skin exposed. The difference affects how it can be played. The rounded head of the Egyptian drum makes the finger-roll technique possible. The flat head of the Turkish Darbuka allows for the finger-snap technique commonly used in Turkey.

The history of the Darbuka

The Darbuka has a very long history. Records place them as far back as 1100 BCE in Sumer and Babylonia. Originally made from clay, the earliest Doumbeks had heads of stretched goat or fish skin. Shells were added later as ornamentation. Now, Darbukas are made commonly from metals, including copper, and many feature elaborate decorations.

The first time a Doumbek was used in Western classical music was in u001aLes Troyens,u001a a French opera from the mid-18th century. In 1958, u001aFantasia-Tahmeelu001a premiered in New York City. This was the first western classical work written to combine a goblet drum with a classical orchestra. The best-known use of the Darbuka is perhaps that it accompanies belly dancing in the Middle East.

How do you play the Doumbek?

The Doumbek is typically placed across the players leg or knee or between the legs. Some artists play with the drum under their arm. Goblet drums are traditionally played with the hands rather than any type of stick or mallet. Playing the Darbuka with your hands allows for extraordinary diversity in technique. Rapid finger rolls and finger snaps are among the most widely used of these techniques.

These percussion instruments produce three distinct sounds according to where and how they are hit. These sounds are described here:

How do you choose a Darbuka?

Choose your Doumbek by considering your own personal preferences. Some guidelines to follow are listed below: