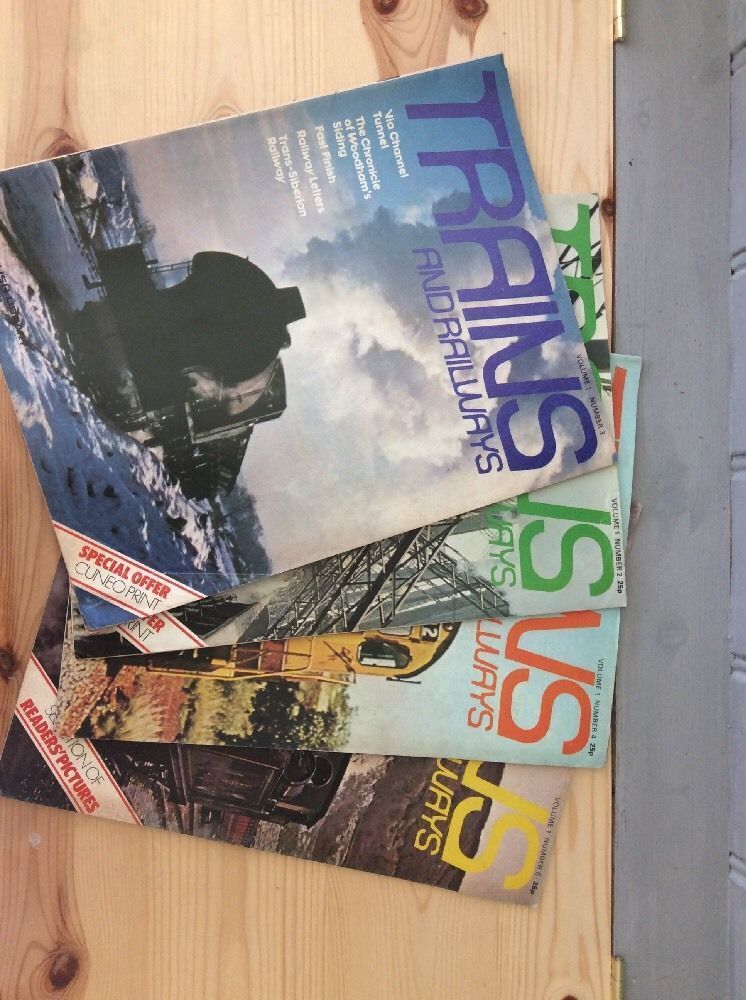 Railroad magazines and other types of periodicals launched in the first half of the 1900s, with major markets in Britain and the United States. While some publications presented collections of stories related to railway topics, others offered material that focused on subjects such as model railroading. Collectors are able to obtain issues from current, defunct, and rebranded railway publications to include in their collectibles hobby.

What was Railroad Magazine and is it still in publication?

This magazine went to print in October of 1906. Considered a pulp-style periodical, it contained fictional stories about working on the railroad. Argosy, considered the first American pulp periodical, merged with R.M. in 1919, and soon after the publication ceased. It was revived in 1929 and helped the railway fan hobby grow over the next decade. In 1943, the company was purchased by Popular Publications, who retained ownership for over three decades. Carstens Publications purchased the company in 1979, merging R.M. with Railfan Magazine. The company name was dropped from the masthead of the publication in 2015 after it was acquired by White River Productions.

Are train periodicals and their stories ever rebranded or reprinted?

An individual magazine issue is rarely reprinted, although some publishers may reprint well-written or in-demand articles. An example of this would be Bold Venture Press, who began to reissue collected train fiction stories originally released in Railroad Stories. These releases tend to focus on themes about characters or articles from specific authors. Railroad art and illustrations may be compiled into a second release as well. Complete runs from defunct railway publishers are collected together and released on CD. Current publications that contain multiple volumes, stretching over years, will have older issues collected onto CDs also.

Which brands of railway publications does Kalmbach continue to produce?

Founded in 1934, Kalmbach Publishing has built a reputation with train enthusiasts by offering books and subscription magazines dedicated to railway subjects. While the company has expanded to produce periodicals written for different genres, they have five contemporary publications relating to railroad topics:

Are current and older catalogs available as collectibles?

Yes, these collections are often available. Over the years, manufacturers of model railway products have released monthly, quarterly, and annual product catalogs. Even with websites listing complete product lines, some companies continue to print catalogs with subscriptions. The largest U.S. catalogs are released by Walthers, who offer an annual issue listing modeling supplies as well as an annual reference journal. Across the Atlantic, Hattons and Hornsby release catalogs in the UK for British collectibles.