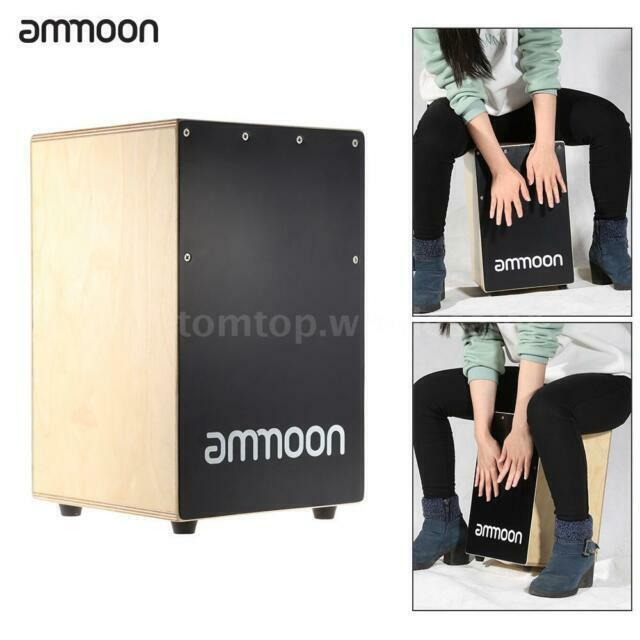 What You Need to Know About Cajons

Kids, teens, and even adults have tipped any object over at least once and tapped on it to make rhythmic sounds when there wasnt an actual snare or bass drum around to play. Cajons, in Spanish, is a box or drawer, and the ease of making a drum out of just about anything was how cajones were created. Cajones are often played in Afro-Peruvian music and are heard in Flamenco bands, too, so if youre looking to add rhythm to a musical ensemble, see explore the cajons on eBay.

The origin of the cajon

Cajones are an Afro-Peruvian instrument. Its been in existence since the end of the 16th century and was first used by coastal Peruvian slaves from the West Indies. Historians believe cajones adapted from the use of crates. During this time period, the use of drums was banned in the Americas. Those in power believed drumming was a threat. To eliminate the threat, actual drums were banned from use. Slaves would strike crates to create music. As more materials were available to the slaves, the musical piece was created.

What material are cajones made of?

A cajon is created of thick sheets of wood in a rectangular shape. Five sides of the rectangle are covered in wood that is less than 2 centimeters thick. The sixth side, known as the tapa, is covered with a thin sheet of plywood. The plywood is the striking surface of the instrument. A sound hole is cut into the back side. Some users will add rubber feet to keep it from slipping when struck. Several screws are added to the top to add percussive timbre.

The sound the cajone creates

The cajons main role is to be an accompaniment instrument, especially in acoustic situations. When played, the instrument creates a dry tone that is rooted in bass sounds. Different musicians may create unique sounds by using particular types of wood, or by adding metal objects to the exterior or interior of the box.

How is the cajon played?

Players tilt the cajon at an angle with the head right between their knees. The box can be played by striking it with the palms of their hands and fingers. If a bass pedal is attached to the bottom, drummers can play it with just their foot. Other tools that can be used with this include snares, brushes, mallets, or traditional drum sticks.

Musicians looking to create an unplugged, acoustic musical experience often replace a drum kit with cajones. Players can create a truly unique sound with the addition of metal, snare drum strings and using different items to strike the box.

In 2001, the cajon was recognized by the National Institute of Perus cultural department for its influence and importance in South America. The instrument was also recognized as having a global presence and used in a variety of different settings. Some famous players include: