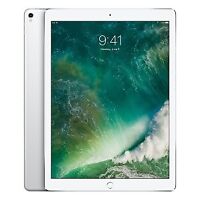 The iPad Pro 2nd generation brings a list of upgrades

The iPad Pro 2019 was designed by Apple to bring everything they expected from the first iPad Pro and more. The designers designed the iPad with the user experience in mind. When looking to buy a used iPad Pro tablet, you will see the following new features:

Does the iPad Pro 2nd generation have built-in storage?

Yes. Each iPad Pro comes with a hardware hard drive so users can store medial files of all types to access while offline. One of the few choices you have when it comes to purchasing options on a 2nd generation iPad Pro is the size of the hard drive. Choose between the following options for built-in storage:

Can it be purchased in multiple colors?

Yes. You can purchase both cell service contracted iPads and unlocked iPads on eBay. Unlocked iPads are often listed as "Wi-Fi only," indicating that the only time they will have network connection is when connected to a Wi-Fi signal. Some prefer to use their tablets this way, depending on how often they use it and where it is used. You can also purchase refurbished iPad Pro 2nd generation tablets on eBay.