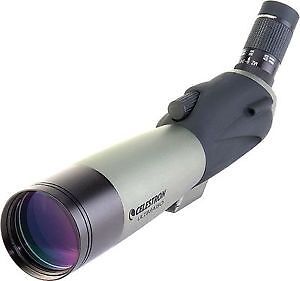 Expand Your Horizons With the Help of 80mm Refractor Telescopes

For centuries, the fun and useful scientific devices that are known as refractor telescopes have been providing people with visual access to the wonders of outer space. Refractor scopes that are 80mm are relatively small devices that use special lenses to magnify the images of distant objects. Despite their lighter weight and smaller size, 80mm refractors eyepieces can still provide robust visual representations of nearby heavenly bodies that include many of the nearby planets like Venus, Mars, and the gas giants.

Is there a big difference between refractor and reflector telescopes?

There is. Both refractor- and reflector-style telescopes manipulate rays of visible light in order to produce sharp, magnified images of distant objects. Refractor scopes refract, or bend, rays of light in order to focus and enlarge images to provide optimum optical quality. Most refractors use at least two lenses to do this, and these include the large objective lens and the smaller eyepiece lens.

There are many ways for telescope users to sharpen up images of the stars and the planets in the night sky. Using the proper kinds of pre-coated lenses is a good place to start as this can cut down on glare as well as visual errors like chromatic aberration. In addition to internal measures, many telescope enthusiasts use external measures like tripods. Tripods are special devices that provide support for telescopes. Many tripods include altazimuth capabilities which allow telescope users to rotate their devices on a horizontal and a vertical axes. In addition to providing extra support and clearer images, this rotational capability can make it easy for telescope users to quickly and easily find and view interesting astronomical phenomena.

Because refractor scopes magnify images many times, it can be hard for users to use them to quickly scan the skies for objects of interest. In order to solve this issue, telescope makers came up with finderscopes. These are special optical devices that attach to the chassis of refractor telescopes. These devices aim in the same direction as the main lenses, but they have smaller magnifications and larger fields of view. These features allow people to use finderscopes to quickly locate promising celestial objects that can be studied using the main lenses. These devices often come with specialized features that include the following: