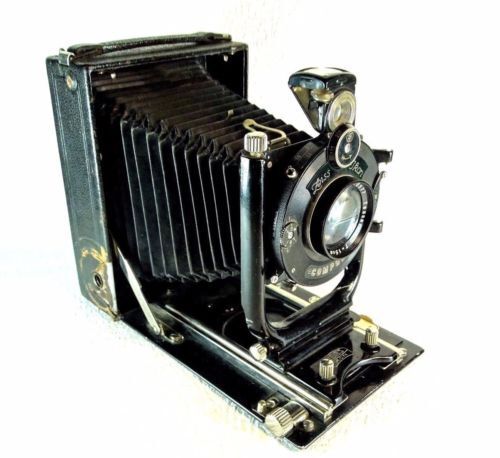 When you want to get into large format photography but youre not sure where to start, then a 5x7 film camera with bellows may be a good option. While it may not be as popular as 4x5 or even 8x10, large format 5x7 film cameras are seeing a resurgence thanks to their ease of use and portability. They offer a larger negative than a 4x5 and less weight and bulk than an 8x10, making them a practical solution for photographers wanting to explore further than the 35mm film format.

What Are the Advantages of a 5x7 Camera?

When compared to a 4x5 bellow film camera, the image on the glass of a 5x7 is almost twice as large, which makes the negatives easier to view and creates quality prints. A 5x7 is also more elongated than a 4x5, which makes it favorable for landscape shots, and translates well to architectural and even portrait photography.

What Kind of Film Is Available for 5x7 Cameras?

Thanks to the expanding global marketplace, film for 5x7 cameras is easier to access, with a wide variety of both black-and-white and color 5x7 film available.

How Does a 5x7 Film Camera Work?

Like other large format cameras, 5x7s are view cameras and they require a slower approach to photography than modern digital cameras. Conversion charts are available for understanding 5x7 compatible lenses and how they compare to equivalent lenses in 35mm film format.