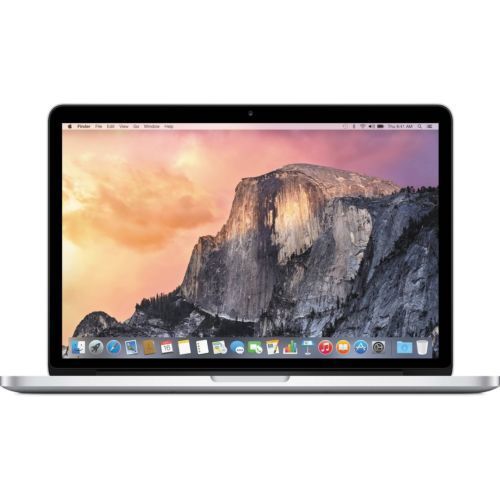 How Should You Choose a 2015 MacBook Pro Model?

When choosing your gift, some of the primary factors to consider are these:

What Features Do These Laptops Offer?

What Are the Differences Between the MacBook Pro Retina Laptops?

Some of the differences between the two 2015 MacBook Pro Retina laptops are:

What Are the Features of the Force Touch Trackpad?

The 2015 MacBook Pro Retina models were the first to introduce Apple’s click-free, pressure-sensing trackpad. The top hinge has been removed so that it does not physically click when depressed. Instead, when pressure sensors located under the four corners of the pads glass detect pressure, the electromagnetics fire off a vibration that feels like a click to the user. Using what’s technically called haptic-feedback technology, this trackpad combines more precise cursor control with more pressure-sensing options, including a new gesture called Force Click, for additional functionality. It’s also simple to fine-tune the adjustable trackpad to suit your sensitivity preferences.