Classic Jeep Wagoneer Is Still a Favorite Among High Society 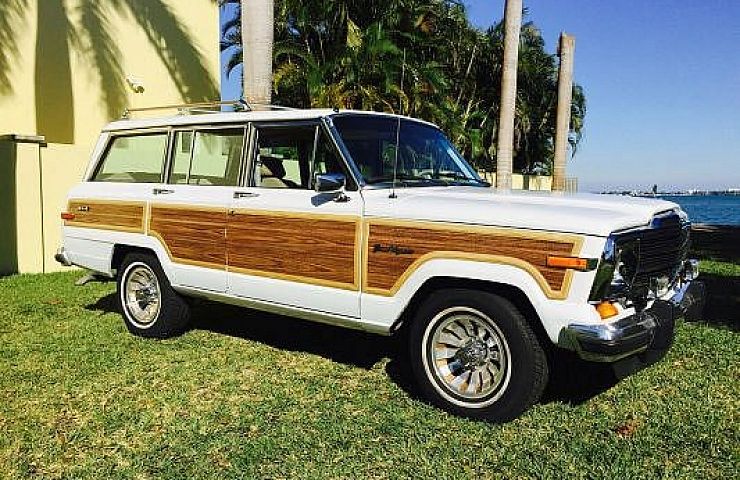 Lifestyles of the rich and famous usually come replete with multi-million-dollar homes, expensive yachts, and private jets. And then there’s the Jeep Wagoneer, perhaps the world’s most unlikely status symbol.

The full-size truck—built in one form or another from the early 1960s to the beginning of the 1990s—could be the ultimate distillation of the body-on-frame design philosophy that gave birth to modern SUVs. With its iconic wood paneling, rigidly rectangular shape, and go-anywhere reputation, the Wagoneer somehow transcended the mud-bogging scene to carve out an unusual niche among luxury-minded social climbers—nearly a quarter-century before Land Rover appeared in America with the same agenda. 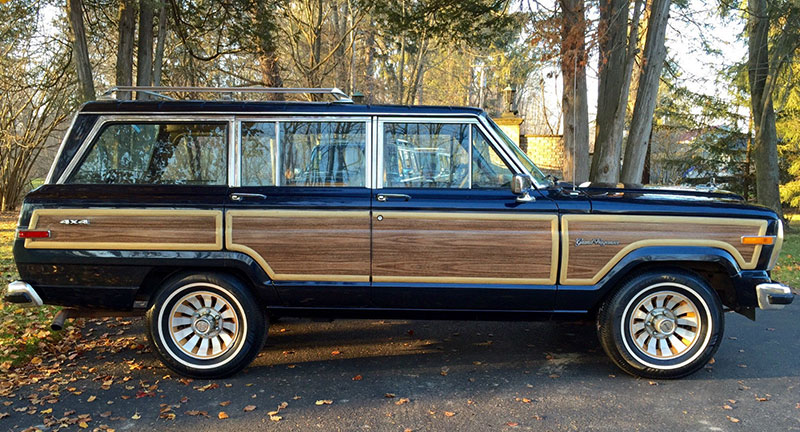 The Jeep Wagoneer is a notable nameplate for a number of reasons. It was the last of the original group of AMC vehicles to soldier on, largely unchanged, after Chrysler bought its parent company in 1987. It continued to be motivated by a carbureted AMC-designed 5.9-liter V8 until its demise in 1991. Prior to that, the Wagoneer—which had not yet added “Grand” to its name—survived Kaiser Jeep’s acquisition by AMC in 1971, making it perhaps the only automobile built by three separate companies over its lifespan.

It wasn’t until the 1980s, however, that the Jeep Wagoneer (which in top trim was sold as the Limited or Grand Wagoneer, depending on model year) acquired its old money status. Its popularity among the moneyed set was made possible by its combination of a huge interior, comfy ride, and four-wheel drive prowess. This was especially true in New England, where these Jeeps became almost the unofficial automotive uniform in places like Martha’s Vineyard and The Hamptons.

The same basic SJ platform that underpinned the SUV in 1963 was still doing duty in 1991: fully-loaded Grand Wagoneers were flying out of showrooms despite its largely antiquated utilitarian design. By the time the “Final Edition” Jeep hit the scene—1,560 of which were built—the sticker price had reached nearly $30,000, which was big money for anything with a domestic badge on its hood.

Perhaps the most interesting aspect of the Jeep Wagoneer is the longevity of its high-class cachet. Although a number of affordable drivers and projects are out there, scour the listings at eBay Motors and you’ll be surprised by how many of these SUVs are being sold at prices that match or exceed their original window sticker. 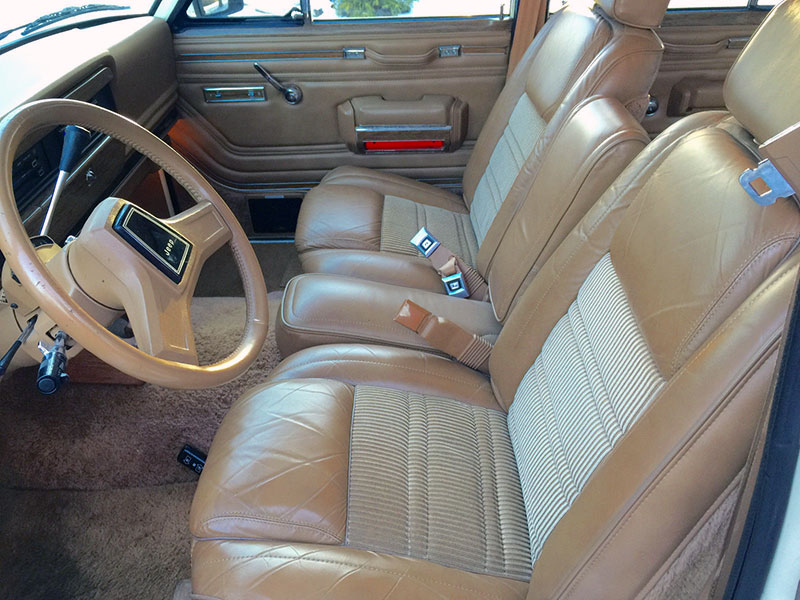 Credit for this phenomenon mostly goes to two dedicated Wagoneer restoration outfits: Classic Gentleman and Wagonmasters. Classic Gentleman focuses primarily on buying and selling excellent examples while performing needed maintenance and component replacement if required, as evidenced by this cream puff southern-sourced Final Edition. Wagonmasters, on the other hand, is willing to go all-out in modernizing the SJ template. Ironically, the paths of these two specialists often meet—as in Classic Gentleman offering a Wagonmasters restoration in rare six-cylinder form. 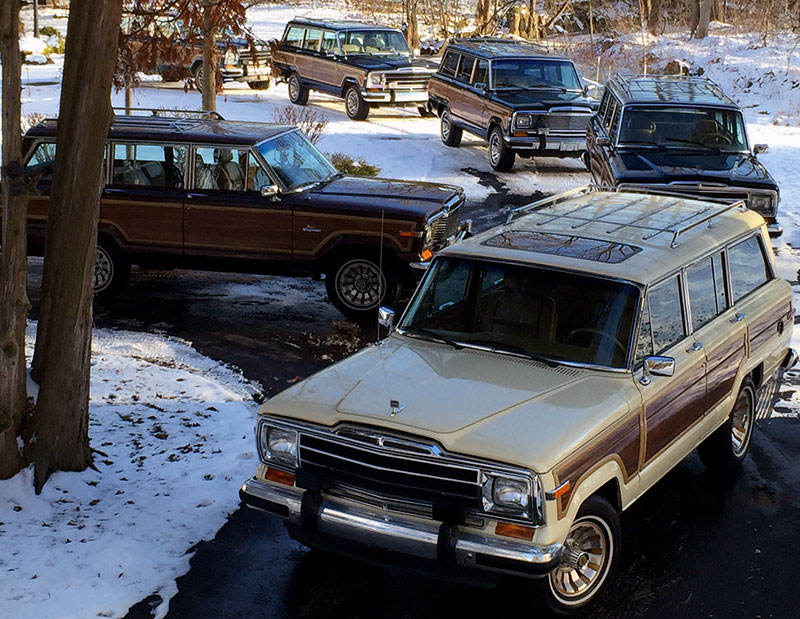 That same buyer base that purchased the Wagoneer new is still going strong: Wagonmasters estimates that its biggest market is Nantucket, while Classic Gentleman is based in New York state. Apparently, Jeep’s family-hauler continues to be the best way to advertise your billionaire status in stealthy fashion, while keeping the Bentley safely parked at home. 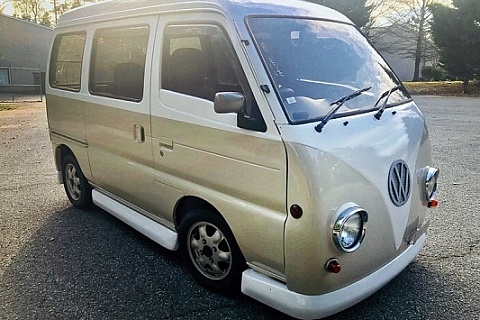 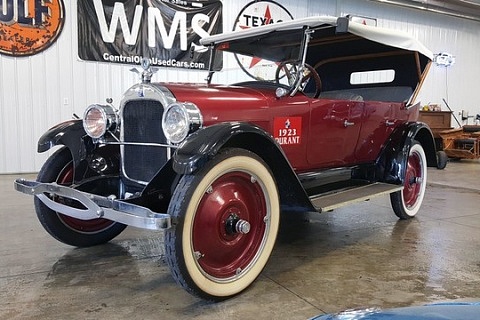 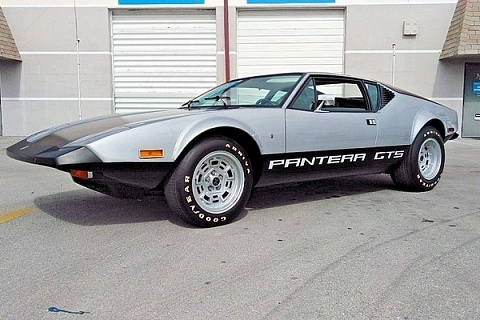